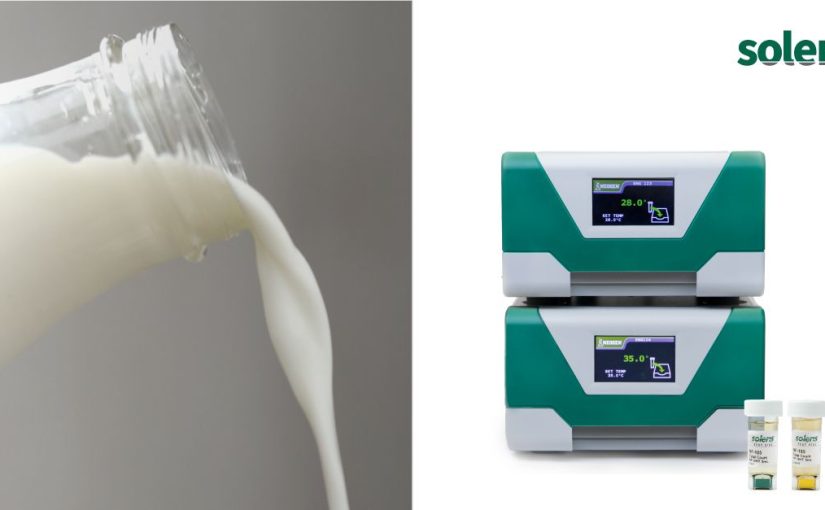 MicroVal has recently issued the certificate for Neogen’s Soleris Commercial Sterility Testing Vials (NF-105) for the determination of commercial sterility in UHT treated milk and dairy alternative plant drinks. These are ready-to-use media vials containing a broth able to grow aerobic, mesophilic microorganisms (bacteria, yeasts and moulds) that are able to grow on an aerobic plate count at 30°C. Results from the validation data showed that the alternative method can be used as a rapid and sensitive testing method for commercial sterility monitoring of UHT treated milk and dairy alternative drinks.

Campden BRI has carried out the validation study of this alternative method, based on ISO 16140-2:2016. The Soleris NF-105 testing vial has been validated against the Codex Alimentarius, Code of Hygienic practice for milk and milk products (CAC/RCP 57-2004), Annex B Microbiocidal control measures Section 2.2 process management for UHT treatment using ISO 4833-1:2013 for the plate count at 30°C. In this validation, the method was used to determine a defined threshold of product contamination of greater than ≤ 10cfu per 0.1ml as defined in the European Directive 92/46 annex C chapter 2 for ultra-high temperature (UHT) milk.

The certificate and the accompanying summary report, number 2021LR100, can be found under ‘issued certificates / alternative methods’.